I’m still in Canada and fly back to the UK later in the week.

Before I came over I offered to make my Mom something as a belated Mother’s Day gift. She opted for a woolly hat and some kind of a neck warmer with buttons.

The hat bit was easy so we headed off to buy wool. I had to look into the neck warmer with buttons and came across this tutorial on Instructables.

Everything started off well, the steps seemed easy enough to follow. I’m a super beginner knitter and felt I’d be able to do it. 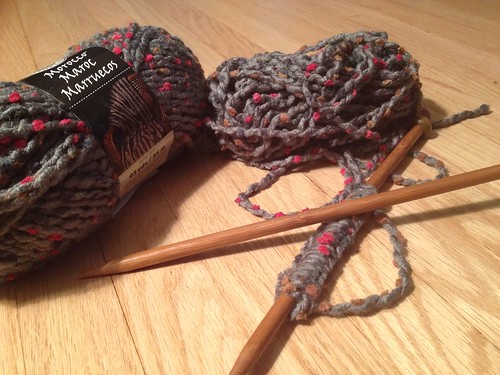 I was quite happy with the wool we chose. Once I find the wrapper I’ll let you know what it’s called. The wool was challenging at times as it has a thin thread running through it as well as little thicker chunks of colour every so often. Over all no trouble with it and would happily use it again. 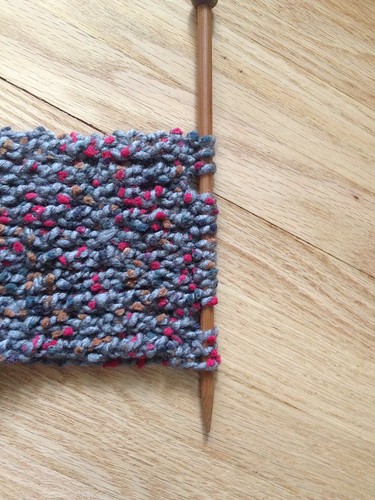 Other than the occasional hole and picked up stitch my only issue was the buttonholes. Ok, I had the hardest time getting my head around them, but after a couple of YouTube videos I jumped in and just gave it a go and they turned out pretty much ok.

I chose not to place my buttons right at the end of the neck warmer because my mom didn’t want them there 🙂 It was 23.5 inches long (I just measured it now) which is basically what the tutorial called for.
There I am modelling the woolly goodies wearing my “Mom, it’s 34c out could we hurry this photo up a bit?” face. The hat looks small on me, but fits my Mom ok. Really I should have had her model it.

The tutorial was great. I would totally recommend it and make a similar thing again. I’m happy with how the neck warmer turned out.

I hope you’re all having a great summer so far!